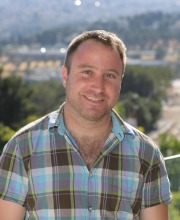 Doctoral student, Department of Political Science
Dissertation title: The Case for Democra-City: A Normative and Modular Institutional Design
Supervisors:Dr. Gayil Talshir
michael.zivkenet@mail.huji.ac.il
This research project is concerned with democracy in the city and of city governments. It examines the normative arguments introduced by political actors: city governments, local politicians, and city residents, in their attempts to reimagine the structure of government and urban city regimes. Following current shifts in urban politics and urban political thought, where the city is reintroduced as an autonomous political entity, agent and object, this project questions the normative foundations in which cities claim more political power and authority and asks if a democratic theory for self-governing cities is possible?