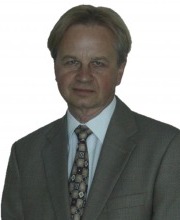 Visiting professor, Department of Political Science
wjkk@mail.huji.ac.il
Prof. W. Julian Korab-Karpowicz has had an extensive and distinguished career as a government official, educator, and scholar. He was Deputy Mayor of Gdansk and served as an Expert for the European Commission. He has received his Doctorate in Philosophy from the University of Oxford. His main field of research is Political Philosophy/Theory and Global Governance. He has taught at many universities. Currently he is Professor at the Institute of Political Studies at Opole University in Poland. He is the author of several books, including On the History of Political Philosophy (Pearson/Routledge, 2012). In his seminar on “Classical Political Philosophy and its Critics,” he will present his new book, Tractatus Politico-Philosophicus: New Directions for the Future Development of Humankind (Routledge, 2017).