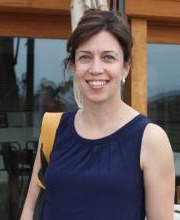 Orit Kedar is an Associate Professor in the Department of Political Science and a member of the Federmann Center for the Study of Rationality at the Hebrew University of Jerusalem. Her principal research interest lies in comparative politics. In particular, she is interested in electoral politics, representation, electoral systems and institutions more broadly, party systems, as well as in gender and politics. Other interests of hers include multi-level explanations in comparative politics, federalism, identity, European integration, and political methodology.

Kedar’s current research addresses topics such as the gender gap in voting and the rise of the radical right, the effect of districting on representation and party systems, and properties of electoral systems. Her past work includes a comparative, institutionally sensitive, study of voter choice and strategic voting under various setting such as coalition governments, in both parliamentary and presidential democracies. Her work has been funded by the European Research Council and the Israel Science Foundation.
Kedar’s work appeared in such venues as the American Journal of Political Science, American Political Science Review, British Journal of Political Science, Journal of Politics, Electoral Studies, Political Analysis, and Public Opinion Quarterly. Her book, Voting for Policy, Not Parties: How Voters Compensate for Power Sharing (2009, Cambridge University Press), won APSA's Riker Award for best book in political economy. Her recent co-authored article ‘Are Voters Equal Under Proportional Representation?’ (AJPS 2017) won APSA’s Longley award for best article in representation and electoral systems. She is the former president of the European Political Science Association (2017-19). She serves on the editorial boards of European Union Politics, Journal of Political Institutions and Political Economy, Journal of Politics, and Political Science Research and Methods. She teaches courses in comparative politics and particularly in electoral politics, parliamentary democracy, and gender and politics.
An Israeli citizen, Kedar is a graduate of Tel Aviv University (political science and economics). She received her MA in political science from Brown University, and her Ph.D from Harvard's Government Department. Prior to joining the Hebrew University, she taught at the University of Michigan in Ann Arbor and at MIT.

‘Permissibility of Electoral Systems: A New Look at an Old Question.’ With Liran Harsgor and Or Tuttnauer. Forthcoming, Journal of Politics.
‘Are Voters Equal Under Proportional Representation?’ With Liran Harsgor and Raz A. Sheinerman. 2016. American Journal of Political Science, 60(3): 676-691.
Winner of APSA’s Longley Award for best article in representation and electoral systems.